No replies to this topic

Nearly 90 percent of Americans are in favor of legalizing marijuana, according to a September study conducted by Pew Research. At 69 percent of approval, marijuana legalization was most common among 18 to 29-year-olds. At 12 percent, it was least common among Republicans.

On January 2, the governor of Kansas said she would likely sign a bill to legalize marijuana. Though Governor Laura Kelly wouldn’t advocate for the bill, she’s not opposed to it. “I haven’t really decided what I would do. This is something where what the people want is probably more what I will want on something like that,” Kelly told WIBW. “I don’t have a personal ideology regarding it. If the folks want it and the legislature passes it, would I sign it? Probably.” 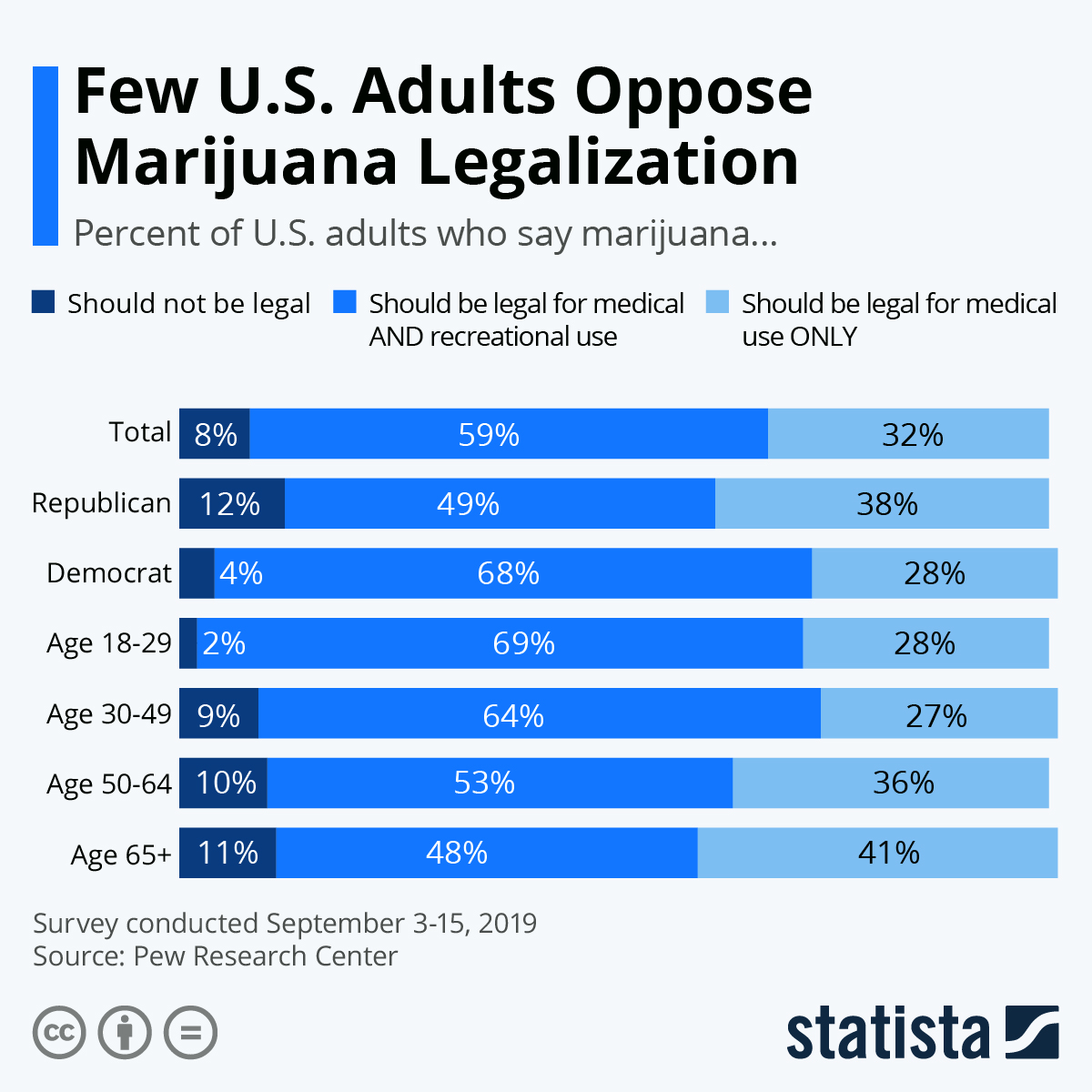